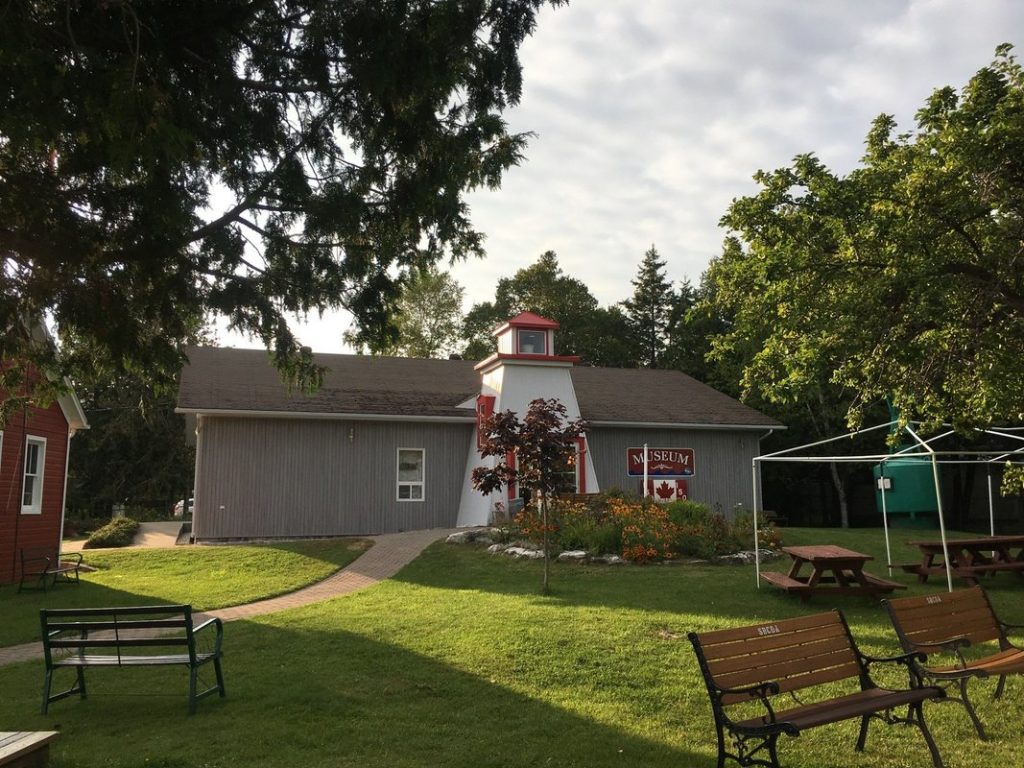 Tehkummah, meaning rays of light flashing in the sky, was first surveyed in 1876 with the original settlement being at Michael’s Bay on the south shore of Manitoulin Island.

By 1885 this was an active lumber port with 2 million feet of pine lumber cut and shipped annually as well as several hundred thousand pieces of cedar each year.  1914 saw the village mostly destroyed by fire and subsequently abandoned in favour of two smaller villages already in existence – Tehkummah and South Baymouth.

The village of Tehkummah had its first school by 1878.  The log structure cost $245, including land, building and supplies.  Other one-room schools followed until there were four schools in the Township, operating until 1962 when they were closed in favour of a central school.

In 1897 a Methodist Church was built in the village and today still operates as the United Church of Canada.  The first gristmill was built by Mr. Bowler on the Blue Jay Creek about 1889.  In 1919 the Orange Lodge Hall was erected.  It was refurbished in 1985 and has become the Triangle Senior Citizens Complex and once again provides a location for community functions.

In 1902 the decision was made to open the last of the old town plots surveyed when the Island’s Townships were laid out.  The oldest, South Baymouth, had seen some use by a largely transient population and now replaced the shrinking settlement of Michael’s Bay as the south shore port.  The Island’s early inhabitants named the community “Sagradawong”, the outlet, which like its present English name, identifies the precise location at the very mouth of South Bay.  The settling of South Baymouth also brought the establishment of the present range light system used to guide navigators safely through the treacherous shoals lining the entrance to South Bay.  The new range lights and importance as a fishing station caused its population to increase to 50 inhabitants by the depression.

South Baymouth was used as a significant fishing station and south shore port.  In 1891 families who had settled there to access the fishing business built their first public building – a church for both the Anglican and Presbyterian congregations.  It also served as a school, opening on January 1, 1898 with 11 pupils and continued as a one room school until 1962.  Since 1932 there has been a regular ferry service between South Baymouth and Tobermory, has been used by commercial fishermen, and currently is the access point for the Chi-Cheemaun Ferry operated by Owen Sound Transportation Company.

Tehkummah is further inland and houses the only remaining general store which has been in operation since 1922.   The first general store was built circa 1895.  The current Ward’s Store was first located in 1907 at White Lake and moved into the village of Tehkummah in 1922.  It operates today as a mainstay of the village.